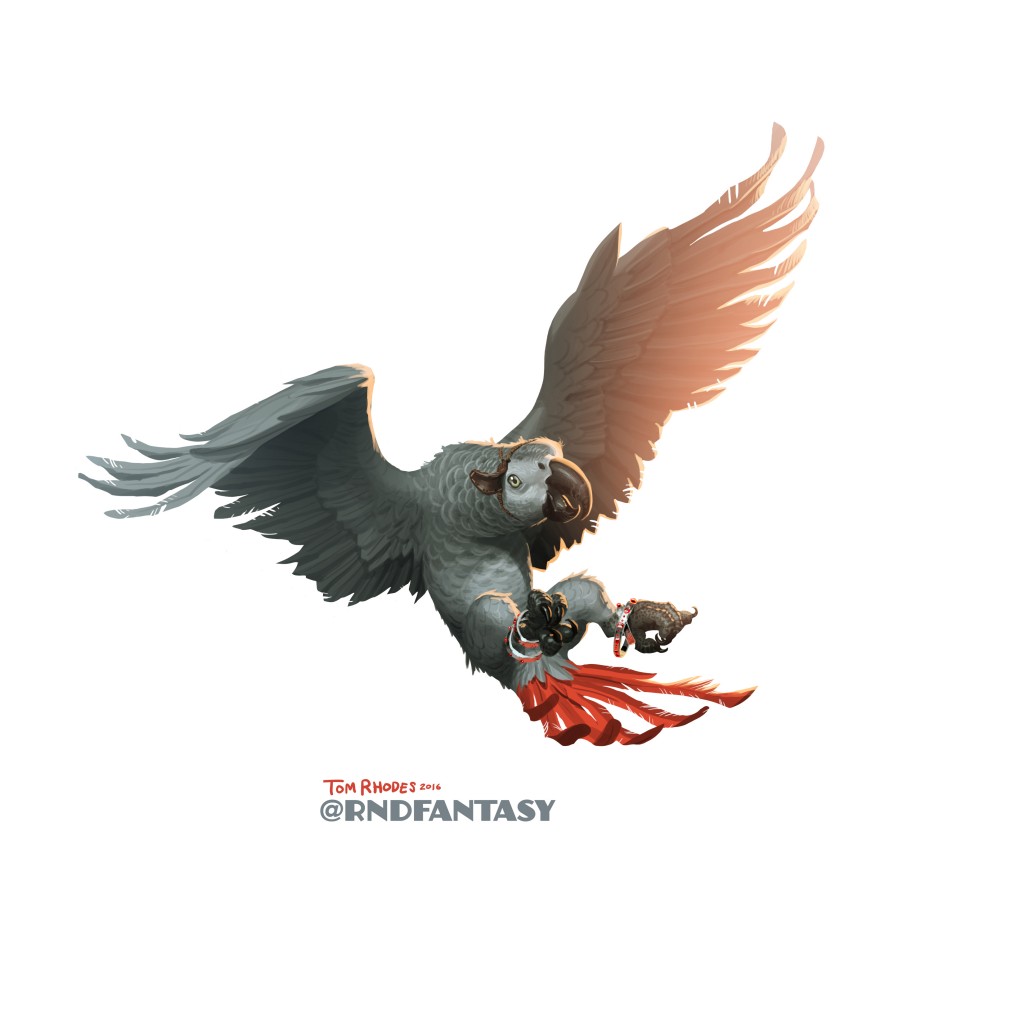 Vesper was done for a week dedicated to people’s character’s familiars. That is, their animal companions, pets and little buddies that come along and help in their adventures. The videos for Vesper are shorter than normal because she’s so straight-forward, but I took it as an opportunity to play with the format.

She’s an African Grey parrot, which are wonderful animals. I used to have neighbours that had a few birds and one of them was a sweet, old African Grey and I must admit I was charmed, so I was thrilled when Evan handed this in to me.

She’s a shnook and a rascal and joins her master, Dorian, on adventures usually based around thievery. She wears different bits of kit depending on what kind of mission she’s on, though she consistently wears some shiny, silver rings/bracelets on each of her feet. Evan described her as being vain, so I included some rubies for extra luxury. I picked rubies because it matched her feathers. Or rather, I let her pick them.

As for the pose I wanted to go with something more dynamic. It’s a bigger challenge, but it helps to compensate for a simpler character, while also suiting her quite a bit.
Her outfit on this adventure is a little eyepatch. I just made sure it looked small by the thickness of material and the scale of the stitching. Also modified the typical eyepatch strapping so it wouldn’t fly off her head.