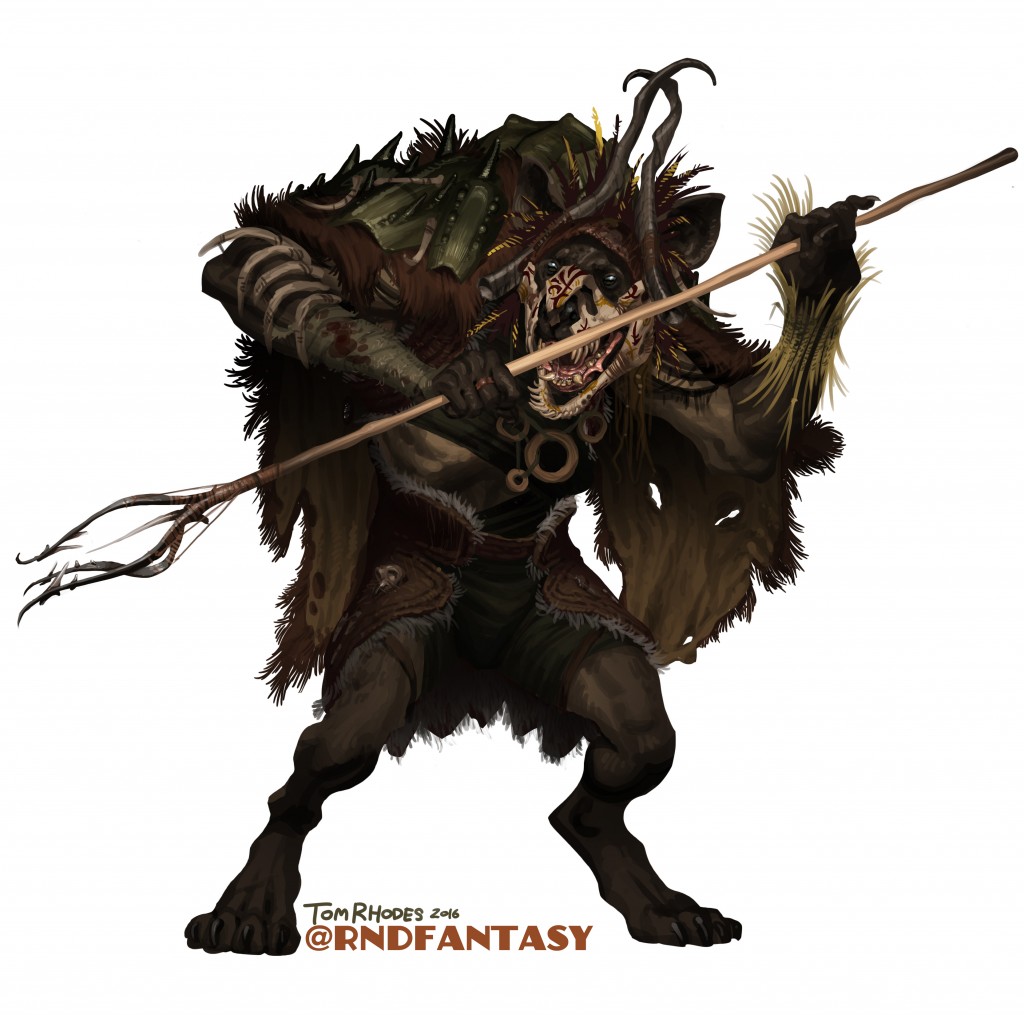 Zyrrazzis is an evil Gnoll. She’s got a history in following a dark deity that demands blood and she’s eager to please. Her design is based heavily on the one provided by Kevin, her creator. I tried to keep things loyal in content but play around with the style. Kevin has been a loyal participator and a great source of encouragement. He even sent me homemade cookies which were excellent. So I wanted to keep things loyal but also take them for a spin.

The headdress she wears is the front portion of a wyvern skull, surrounded with wild feathers painted red and yellow, straddled by two gnarled horns. The skull is covered in marks and symbols, something I wanted to look either tribal, savage or occult in nature. The horns are asymmetrical as a way to show they’re either from a single sick creature or from more than one.

She’s draped in a grizzly bear hide which is itself overlaid with fragments of the carapace of a gigantic scorpion. Clankling bones of smaller animals and victims are strewn around her outfit. I added the straw bracer on her left forearm, just something simple, easy to mend and fairly effective at deflecting quite a bit of attacks (from animals/beings, not necessarily weapons), but for the most part everything is as described. She came with a rich and detailed backstory and character which I go over in the long-playing video.

Her spear, described as wicked-looking, is based on survivalist and fish-eating cultures. My initial inspiration is of Inuit fishing spears. It made sense to have something barbed and nasty looking, as she does sneak and trap her prey. The “shark” teeth work as barbs, and after steaming the arms into place, pitch would be used to help seal things in place, along with rattan lashings.
As for my input I wanted to increase her witchyness. Something hobbled and savage and crude. Less of a warrior and more like a menace. She creeps in the night and tortures her victims as long as possible in her rituals to her deity. She’s nocturnal and disturbing and not good to be around.