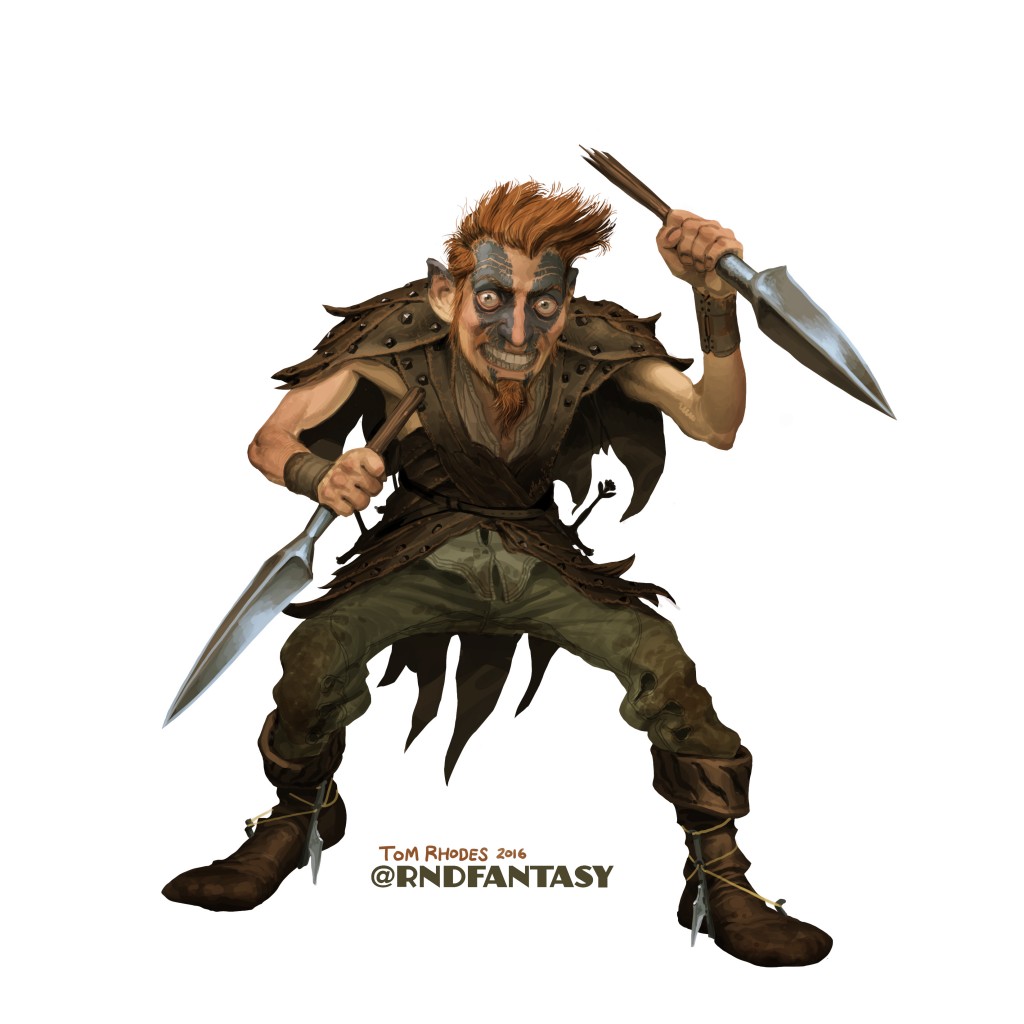 Zook is a forest gnome bersker. He was raised by a family of humans and was teased growing up. He fell into the wrong crowd and later realized he was becoming exactly like the sort of people who hurt him as a boy. He broke off on his own, ebbing towards his softer side and enjoying helping others. While still a vigilante of sorts he values lending his habits to the forces of good over the alternatives.

His weapons of choice are the snapped-off ends of spears which he uses like downward-facing daggers. On his hips are some actual daggers with a gnomishly flowery motif. Being raised by humans I doubt he would deviate much from the customs of his family, but it’s nice to include those sorts of details. When people create gnome characters they’re often thinking of them as being gnomish.

He’s described as wearing simple, studded leather armor, but since he is quite small and frail, being a gnome, it’s left loose and open with many strips and spikes, something that would give visual mass and motion and make him more intimidating in combat. He jumps up on people and stabs them and I think having more moving parts on him than just his limbs would make it less clear what’s a limb to grab, and therefore stop some of the stabbing, or a flap of leather. As a berserker there’s a lot to say for the value of high energy movement. Going along with the foresty theme, as well as his literal nature of being a little thing that climbs larger things I gave him some lumberjack-style ankle spikes. They’re used for quickly and reliably scaling trees and I thought something like that would be a great help to Zook.

His pants have reinforced knees because I picture him being very active. Someone more regal or formal would likely have simpler knees since they’re not getting scuffed about. But I also included some vent holes for freshness’ sake.
On his face is a woad-like war paint like what the Celts and Picts would wear into battle. It’s there for intimidation and maybe obfuscation but with a name like “The Badger” it just makes sense to daub it on like the distinctive marks on a real badger’s face.