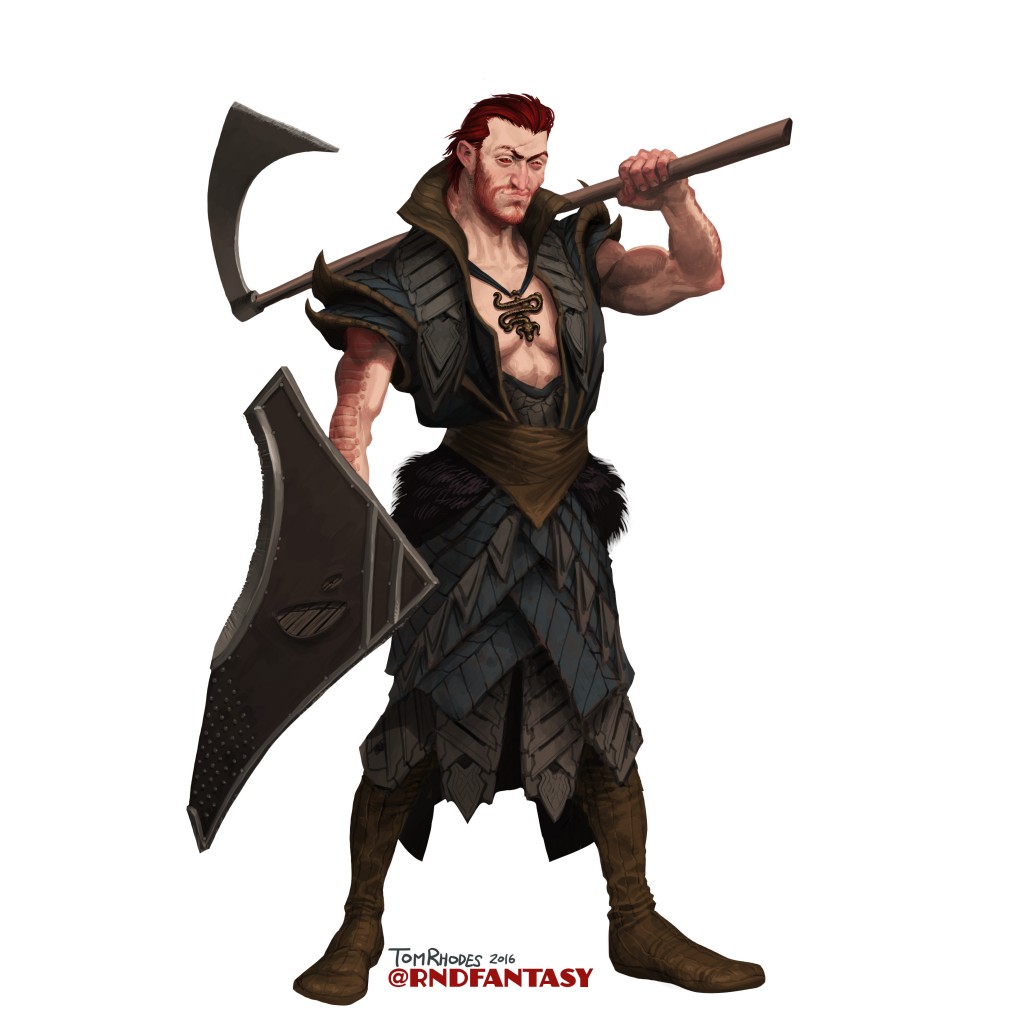 Aryan Rosso is a half lizard folk fighter. His main personality trait is arrogance/over confidence, so I wanted to make sure he had that look about it. Smug smirk, open body language with wide stance. The red slick back hair suits this and that was all Chandler’s idea. I think bare arms and chest are a good way to go, almost like an 80s movie teenage gang leader. He did grow up with a lot of problems with his father.

His outfit was described as being chain mail, but rather than stuffing him into a normal hauberk I gave him a layered leather/chain mail robe. The overlapping layers hopefully add some padding and protection of percussive blows like plate armor would.

I noticed a lot of depictions of dragonborn characters have tribal-tattoo-styled clothing and blades, and since I interpreted Aryan as having some racial pride in that half of his heritage, he’d lean towards that motif as a way to express himself. Curly points and spikes, heavy stitching, layers of rough-cut leather.