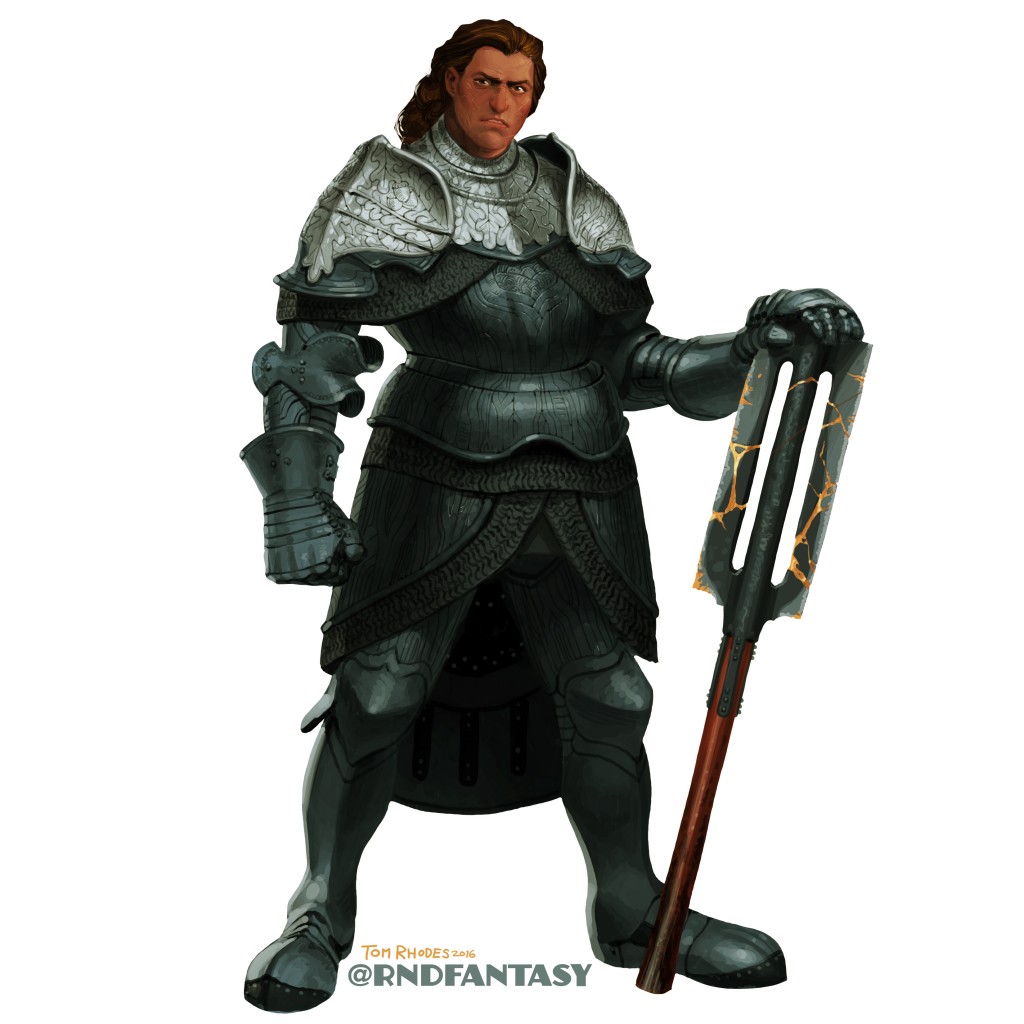 Dame Argus Palenthia Octavian is a half-giant female fighter. She’s been raised to fill the boots of knighthood since birth and comports herself with dignity, poise and strength. She’s 6’10” and uses her weight to her advantage. Her scale and stability was the inspiration for her armor. Engraved over its surface is a stylized bark motif, and the lighter steel collar and pauldrons have leaves. It’s the symbolism of an unshakable tree, sturdy and unmoving. It also goes in line with the significance of genealogy in her family and why she fills this role. On her chest is an image of a knothole with a nest filled with eggs, another symbol of family, but also of protection and things being close to her heart.

Her heavy axe is an heirloom from her grandfather, which has been well loved but also well used. Over the decades it’s been broken in battle but repaired with gold, an idea taken from a Japanese technique called kintsugi in which broken pottery is mended exactly in this way. The haft is based on the wood you see on WWII era rifles, deeply browned, polished by hand and richly oiled.
Her time is spent training, and I’d imagine outside, so her skin is tanned but her face is riddled with scars from years of combat. Her hair is thick and wavy and in a permanent pony tail.