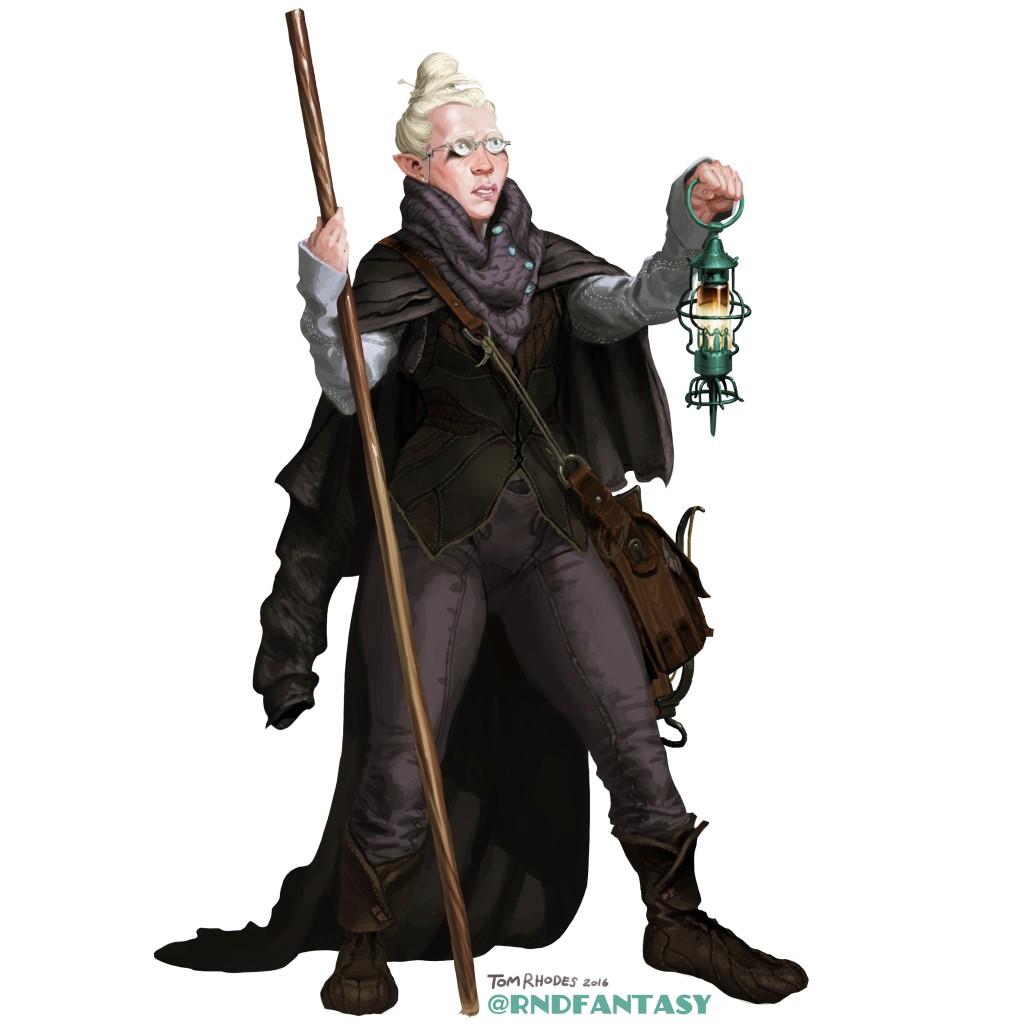 Arcelia is a starsoul sorcerer half-elf with albinism. Her outfit is as close to the description as possible. There wasn’t much for interpretation on my end, though I tried to inject where I felt I could. She’s described as having a large cloak, but since she was left behind by a caring and nurturing father I thought a fitting tribute to that would be to make it his old jacket (more of a duster, really).

In spite of her fascination with the night sky she’s afraid of the dark, so she keeps light sources around so I thought it’d be fitting to have a well-used rugged oil lamp at the ready. It has a spike for sticking in the ground, a ring wide enough for a hand to comfortably hold and some soot staining to show it’s well-used. Though that can build up quite quickly.
She was a stimulating change of pace. I’ve often been recorded saying how much fun overweight people are to draw, and since Arcelia was pear-shaped it gave me some freedom to draw something other than thin, stringy or muscly. The combination of lean torso and fatty thighs is a dynamic one and it can add a lot of personality to a body.